The increasing number of gun violence in Canada has compelled the government to come up with tougher criminal legislation on the weapon. Depending on the type as well as the severity of the weapon or gun offences, the sentence of the person can range from an absolute discharge to a life sentence in jail. So, if you are thinking about buying a weapon for yourself, you should understand the legal aspects of weapon possession as well.

David Genis, one of the experienced criminal lawyers of Canada has explained some important information that you should know to understand how weapon control works in Canada in the following section of this article.

How Weapon Control Works In Canada

Canada has strict rules against unregistered possession, use and trafficking of weapon(s). If you are involved in any of these, know that the penalties can be extremely serious. Anyone who stores, carries, uses, ships, handles, or stores a firearm, a restricted weapon, a prohibited weapon or ammunition of any kind without reasonable precautions for the safety of the others, is considered a criminal under the Canadian Criminal court. It is illegal for anyone to possess a weapon for harming others or endangering public safety.

What Constitutes a Weapon? 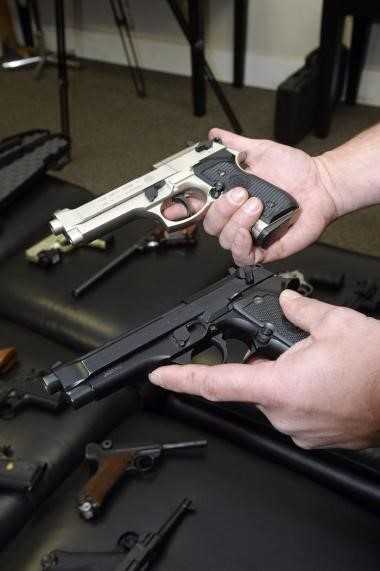 Even though knives and firearms are the deadliest types of weapons, the most common weapon charges that people face in Canada involve household items or everyday use items.

Considering the domestic context, the possession of a weapon to pose a danger to public peace often comes along with an additional charge of domestic assault and bodily harm or death.

Most of the time, police officials show very little discretion in deciding whether or not to lay charges on the perpetrators in the cases that involve spouses or partners. That is why you must get in touch with experienced criminal lawyers, like David Genis if you find yourself at the wrong end of the investigation.

To avoid getting further into the problem on such occasions, you should exercise your charter right to remain silent and call the lawyer at the very first chance you get.

Any Object Can become a Weapon

To handle the situation better you should understand this concept first. Depending on the circumstances, any objects can be used to harm others and thus can be considered a weapon. Even if a person does not use the object but just picks it up with the full intention of using it, the offence can be made out.

Take a heated argument in a kitchen area for example. If during the argument, the offending person picks a coffee mug and holds it in a threatening way while using language indicating animosity, then the charges of possessing a weapon for a purpose that is dangerous to the public can be made out.

If the coffee mug is not used to inflict injury and was in the lawful possession of the arguing persons even before the argument broke out, the mug will not be considered as a weapon. The reason is that the person did not buy the article to fulfill a dangerous purpose. That simply means the accused person will be deemed as not guilty.

While one can buy and possess all the above-listed guns, they will require to have the right license and registration for possessing them.

When Is Firearm Possession a Crime?

The requirements and rules of possessing and handling firearms are complex, which often creates a problem for people. If you don’t want that for yourself, you should get in touch with experienced lawyers like David Genis before purchasing one for yourself.