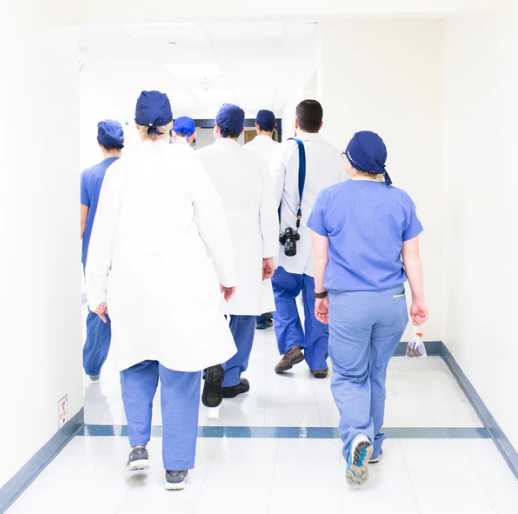 The Health Risks of Herbicides: Non-Hodgkin’s Lymphoma and Other Cancers

It sounds so silly, especially considering how many households across America have a can of Roundup sitting in their garage, despite herbicides having significant adverse health effects on those who are frequently exposed to them. Of course, improper use of any controlled substance isn’t likely going to lead to something pleasant, but are people who use it once a month to kill an errant weed or two at risk?

Unfortunately, popular herbicide brands that you can find on store shelves usually contain one of two dangerous chemicals that can have various negative health effects on those exposed to them. The two chemicals in question are glyphosate and 2, 4-D; and while both of these compounds are exceptionally accomplished at killing plant life, the things that make them effective also make them dangerous to humans. There are even questions about how the inert chemicals in these products might synergize with these ingredients, making them more dangerous than previously thought.

To avoid negative consequences for your health, you may want to go with a natural remedy for your weed problem, or at the very least an organic, less risky alternative to the most popular brands. Here’s everything you need to know about the most dangerous ingredients in mainstream herbicides, so you can better avoid those products on the market and keep your garden and yourself healthy.

The main ingredient in Roundup, one of the household-name herbicides that dominate the market, is glyphosate, a chemical banned in most European countries and classified by the World Health Organization as a potential carcinogen. Glyphosate is an extraordinarily effective plant killer, interrupting the energy production process of plants by suppressing their ability to create the proteins and amino acids needed for growth and survival. This quality made it worthwhile for gardeners and farmers across a broad spectrum of industries, although the targeted application of the chemical was necessary. Misuse of this product would all but guarantee the devastation of the crops that were wanted as well.

Unfortunately, a connection has been established between glyphosate exposure and the development of various cancers, including Non-Hodgkins Lymphoma. Lawsuits have been springing up left and right against the manufacturer Monsanto, and Monsanto has often chosen to settle them, which could be read as an admission. Could this have been prevented with wearing a mask? Probably not due to the strength of the chemicals. Regardless, there’s enough evidence of people being harmed directly as a result of prolonged exposure to this chemical to justify avoiding it altogether, and a vast market of alternatives to glyphosate-based products has since cropped up.

The other primary ingredient known to be dangerous is 2, 4-D, an endocrine disrupter known for causing the cells of targeted plants to grow in an unsustainable, uncontrollable fashion. In short, it essentially induces cancer in affected plants, killing them quickly and efficiently and earning itself a prominent place in the agricultural industry. The downside is that 2, 4-D has also been known to cause cancer in humans, with a credible connection to non-Hodgkins lymphoma, sarcoma, and other cancers.

Worse is that 2, 4-D’s status as an endocrine disrupter means that it can interrupt the production of hormones in the human body, specifically estrogen, androgen, and thyroid hormones most conclusively. While research is still being done on this compound and the possible effects on humans, there’s a significant risk in being exposed to it, as scientists are questioning whether 2, 4-D can impact fertility or result in congenital disabilities.

A Market of Accessible Alternatives

Fortunately for the conscious shopper, there’s a number of organic, low-risk alternatives to herbicides that use these compounds on the market. You can also mix your own herbicides at home, using simple ingredients like vinegar, salt, and dish soap to kill weaker, immature weeds, or you can simply use a pot of boiling water for an all-natural, low-effort method. Whatever route you decide to take, and a lot of research and experimentation will likely be required as you break away from common wisdom, you’ll likely be able to find a method that will suit your needs and keep both you and your yard happier and healthier.